The Best Features in Windows 10 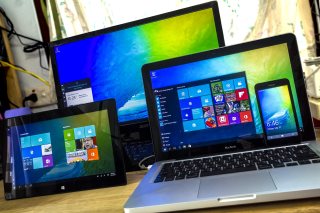 of Windows 10, Microsoft cut back on many of the aspects that made Windows 8 so unpopular. A new user interface with multiple features streamlined for both touch-based and desktop devices, Microsoft has turned Windows 10 into a versatile and exciting operating system to work with.

Windows 10 once again features the Start menu that went missing in Windows 8. While it doesn’t completely look like the Start menu in Windows 7, it still retains the features that made the Start menu so popular; your list of installed applications, an option to turn off or restart your computer, and the ability to switch between user accounts. In addition to the standard menu features, you also get a separate section that displays live-action tiles and any other applications that you pin to the Start menu.

Windows 8 introduced touch-based apps — no Maximize, Minimize, or Close buttons — that were cumbersome to work with beside traditional desktop applications. These apps ran in Start screen mode where you had to switch back to desktop mode whenever you wanted to use a desktop application. Windows 10, however, allows you to work with these apps right on your desktop, where you can maximize, minimize and close them just like normal applications.

While earlier Windows iterations placed emphasis on searching for files and applications via the Start menu or Start screen, Windows 10 takes it to a whole new level with Cortana. Named after an artificially intelligent NPC on Xbox’s popular Halo franchise, you can use voice or text commands on Cortana to search the Internet, get the latest news updates, set reminders, etc. Over time, Cortana even learns to deliver personalized information based on your past habits.

Internet Explorer lost a lot of market share to rivals Chrome and Firefox due to poor features and security issues. To reverse this trend, Windows 10 introduces Edge, a Web browser built from the ground up. Edge’s simplistic user interface and EdgeHTML rendering engine brings it close to its competitors in terms of speed and performance. You also get additional features such as Cortana integration for advanced search capabilities, the ability to doodle on Web pages, and a Reader View mode that removes distracting Web elements.

When working on multiple projects simultaneously, you can use Task View to avoid unnecessary clutter by creating additional desktops. Microsoft emphasizes this feature so much that you get a dedicated Task View icon right on the taskbar. In Task View, you can see all open items in thumbnail format so that you can instantly identify and jump to specific applications or documents; you also have the ability to drag and drop applications between desktops.

Suitable for tablets such as the Surface Pro, Continuum allows your device to work both as a desktop PC and as a touch-input device. Once enabled, Continuum prompts you to switch to desktop mode when it detects a keyboard, and vice versa. You can also configure the operating system to automatically switch between modes whenever you pair or unpair your device with a keyboard.

Windows 10 in a Nutshell

Windows 10 streamlines the touch-based apps found in Windows 8, brings back the Start menu in Windows 7, and even adds in a new Web browser, a personal assistant, and the ability to create multiple desktops. Further, Windows 10’s new Continuum feature makes the operating system work seamlessly on both touch-based tablets and traditional desktop devices. 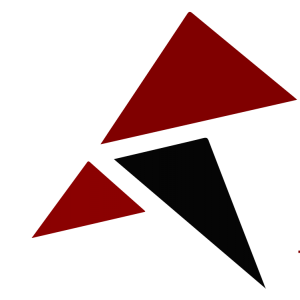